AutoCanada (TSE:ACQ) had its price objective lowered by Scotiabank from C$55.00 to C$47.00 in a report released on Thursday, BayStreet.CA reports. Scotiabank’s target price indicates a potential upside of 35.76% from the company’s previous close.

AutoCanada (TSE:ACQ) last released its quarterly earnings data on Tuesday, November 9th. The company reported C$1.28 earnings per share for the quarter, beating the Thomson Reuters’ consensus estimate of C$1.17 by C$0.11. The business had revenue of C$1.21 billion for the quarter, compared to the consensus estimate of C$1.28 billion. As a group, equities analysts forecast that AutoCanada will post 3.9099999 EPS for the current year. 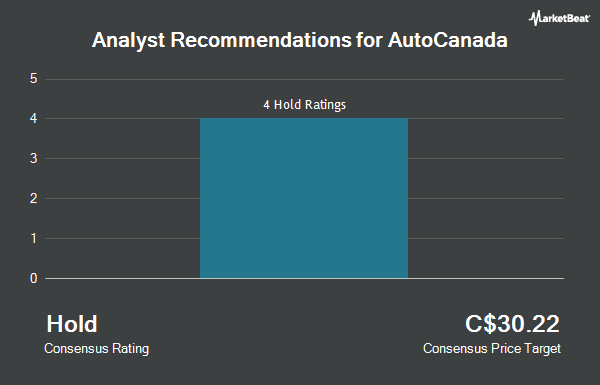